The Duinocoin has arrived in the established media. On Heise+ there is (m)one article on the DUCO, the cryptocurrency for microcontrollers - and as a tip: the Heise-typical troll platform for discussions with sometimes but also valuable comments. **

I (Michael Plura, DUCO name: ElJalapeno) have been writing for over 30 years as a freelance author for DATA BECKER (RIP), Linux News Media, Springer and above all Heise-Verlag from Hanover. More than a thousand articles and about two metres of books on all exciting topics have already been published there - of course there had to be something about the Duinocoin. The Heise+ editorial team gladly accepted my suggestion for a DUCO guidebook - and now the article is ready. Thanks not only to Robert (revoxhere) for the Duinocoin itself, but also to the great guys at Heise (Marvin, Martin and Volker) and their professional polishing of the text. 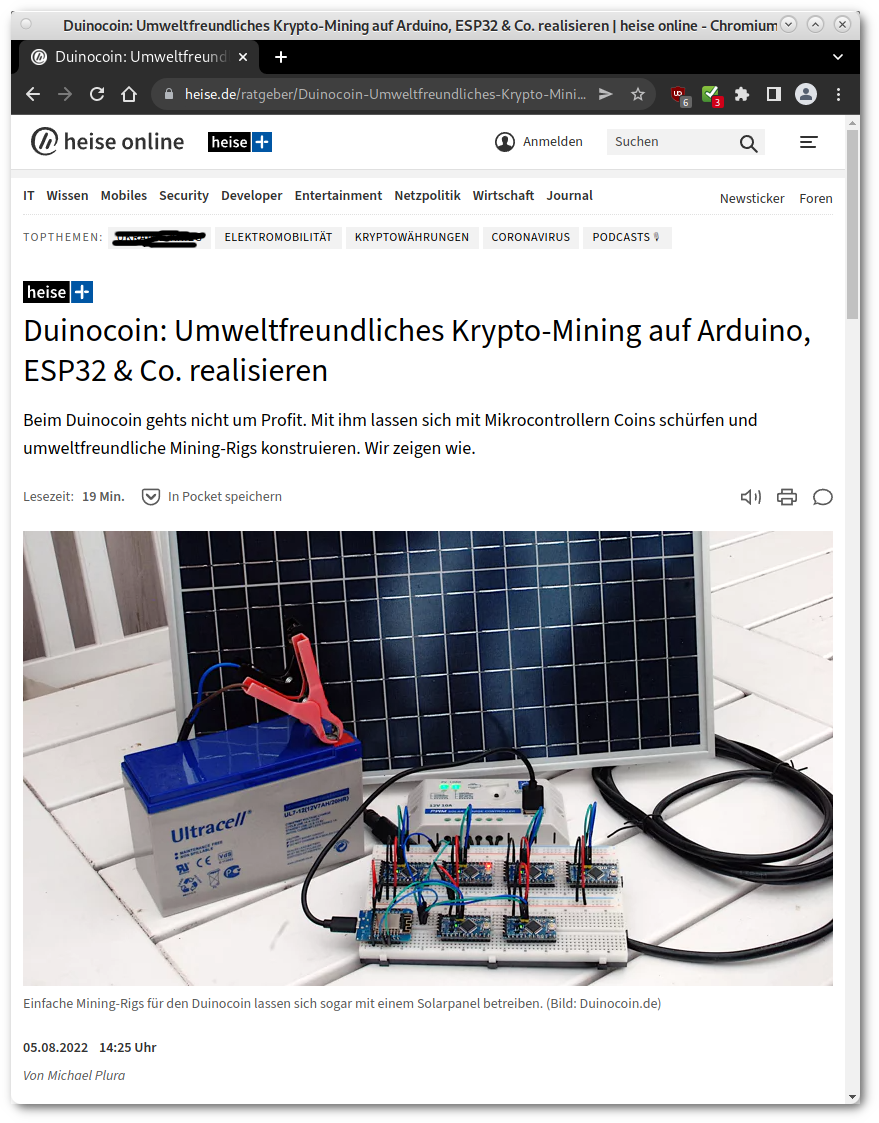 The Heise+ article about the Duinocoin

The article is available on Heise+ under Duinocoin: Umweltfreundliches Krypto-Mining auf Arduino, ESP32 & Co. realisieren (unfortunately behind a paywall).

Robert (revox) has also mentioned the Heise+ article as well as this website in the News on Duinocoin. You can read the news in the bottom left corner of the online wallet of the DUCO, for example:

In addition, there is also a posting in the Discord: 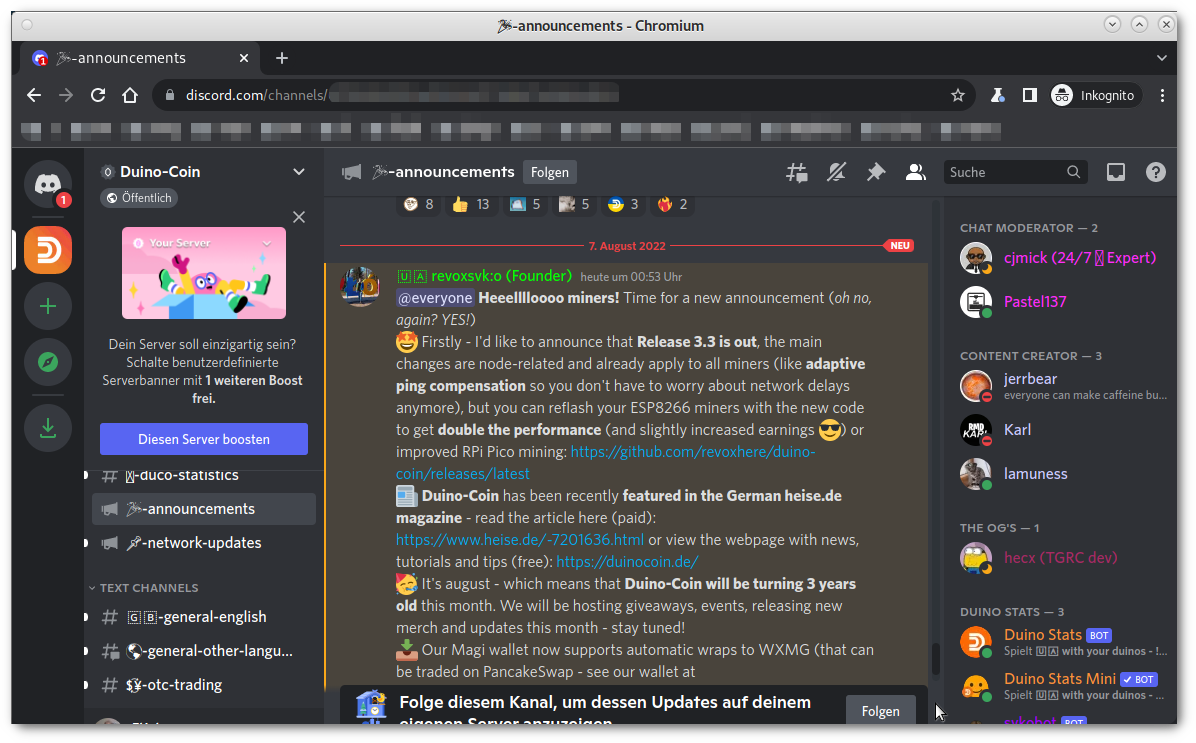 I hope that with the Heise+ article and with this website I maybe introduce some interested people to a microcontroller project like the Duinocoin, which can give you a lot of fun and - if you want to - you might also learn a lot.